Batrachochytrium dendrobatidis and amphibian declines in the Andes
The pathogenic fungus Batrachochytrium dendrobatidis has been associated with amphibian population declines and extinctions. Such declines have been particularly dramatic in the Andes, which are among the most amphibian rich regions in the world. Our work in cloud forests of the Amazonian slopes of the Andes, and throughout the Andean cordillera is quantifying the impact of disease on amphibian biodiversity, and tracing the spread of the fungal pathogen and concomitant amphibian declines in the region.
Current funding: NSF DEB 2003497 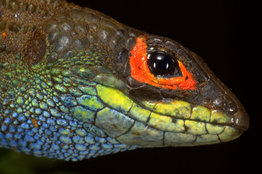 Taxonomy and systematics of neotropical amphibians and reptiles
Nearly one quarter of all amphibian species have been described over the past decade. Rates of taxa discoveries and descriptions are especially high in tropical regions rich in micro-endemic species, such as the eastern slopes of the tropical Andes. We have described over 35 new taxa from South America, including new genera, and we continue to work on groups known to include cryptic species, by using an integrative approach (morphology, behavior, phylogenetics) to improve our understanding of their biodiversity. 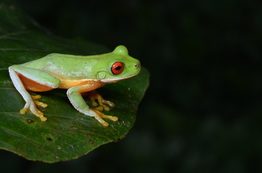 Dynamics of rebounding amphibian populations
In recent years more and more amphibian populations are being "rediscovered". Once feared extinct, it appears that many species are on the rebound. We are studying the dynamics of these populations by combining field and laboratory analyses to help uncover the causes behind these rebounds. Our hope is that these studies will contribute to the conservation of frogs still negatively affected by the pathogenic fungus Batrachochytrium dendrobatidis. ​Current funding: NSF DEB 2003497 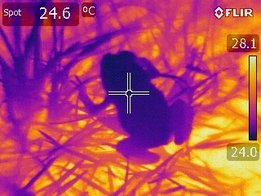 Thermal ecology and vulnerability to climate warming
We use a variety of experimental, observational and modeling approaches to study the vulnerability of amphibians and reptiles to climate warming. These studies include measurements of field body temperatures, selected body temperatures in temperature gradients, thermal critical minima and maxima, variation in performance as a function of temperature, and mapping relevant ecophysiological traits on phylogenies of amphibian clades that are expected to experience significant warming over the next decades. This research is conducted in collaboration with Rudolf von May. 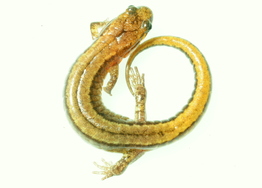 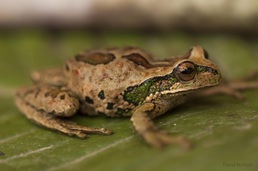 Resistance and susceptibility to chytridiomycosis in frogs of the genus Gastrotheca
The marsupial frog Gastrotheca nebulanastes is susceptible to chytridiomycosis, but its congeneric, Gastrotheca excubitor, is resistant. Perhaps differences in two cutaneous defenses, antimicrobial peptides and symbiotic bacteria, can explain this relationship. These defenses are being collected, profiled, and assayed for their abilities to inhibit Bd. Information gained from this research will contribute to our understanding of disease resistance, as well as developing potential methods to mitigate chytridiomycosis. This research is conducted in collaboration with Vicky Flechas and the lab of Vance Vredenburg. 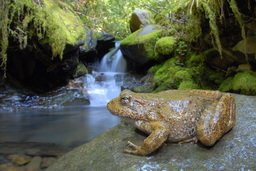 Ecology and conservation of river-breeding frogs
In collaboration with Sarah Kupferberg, we investigate the vulnerability of river-breeding Foothill Yellow-legged frogs (Rana boylii), a frog once widespread from Baja California to Oregon, to river regulation. Many of their populations occurs in rivers where human intervention has altered the rivers' hydrographs and thermographs, leading to population declines and extinctions throughout the distribution range of Foothill Yellow-legged frogs. The listing status of Rana boylii is currently Under Review, and our research contributes to ongoing efforts aimed at preserving this iconic river-breeding amphibian. 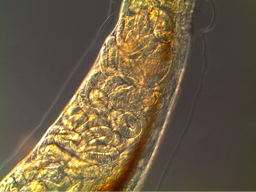 Parasites of Neotropical anurans
Surveying helminth communities allow us insight into both the host and its environment, based upon what we already know about the ecology of these parasites. We are surveying variation in parasite composition of frogs along an elevational gradient in the Peruvian Andes. It is our mission to improve upon the known diversity and range of these endoparasites within the Neotropics.  Using these data we are also testing for potential drivers of these communities, such as differences in elevation, host phylogenetic identity, and host ecology. 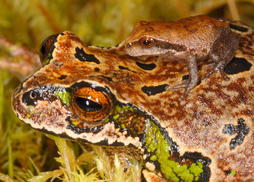 Reproductive physiology of marsupial frogs
Amphibians have one of the greatest diversity of reproductive modes among vertebrates. In marsupial frogs, females carry eggs and, in some species developing embryos in a closed dorsal brooding pouch. In collaboration with Robin Warne, we are studying the reproductive physiology of direct developing marsupial frogs such as the Gastrotheca excubitor shown in the picture, which lives in high-elevation grasslands in the Andes, and revealing some fascinating secrets of the hidden lives of embryos developing inside the pouch. Download here a coloring book produced in collaboration with ACEER: Misky la ranita marsupial. 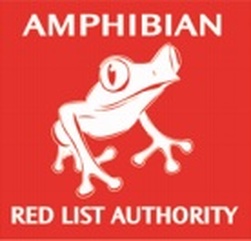 Red List Authority and amphibian conservation
Alessandro has been a IUCN Red List Authority since 2009. The mission of the Amphibian RLA is to provide accurate and up-to-date information on the extinction risk of every amphibian known to science – currently over 7450 species according to AmhibiaWeb (of which Alessandro is an Associate) – for The IUCN Red List of Threatened Species. This involves reassessing taxa as new information becomes available, assessing newly described taxa, review and edit assessment drafts. The Red List is the most recognized system that determines and reports the extinction risk of living organisms. The Red List plays an important role in guiding conservation efforts and directing initiatives to benefit the most threatened organisms. 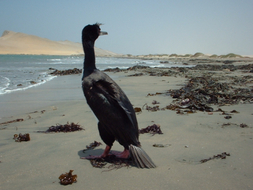 Food webs and spatial subsidies
Ecosystems are interconnected through the flow of organisms and nutrients, to such a degree that understanding the functioning and dynamics of an ecosystem may require consideration of productivity and biomass export from adjacent ecosystems. The contrast between the dismal productivity of coastal desert and the rich productivity of adjacent coastal systems offers an ideal context for evaluating the importance of spatial subsidies. We are quantifying the contribution of marine subsidies to terrestrial food webs in the hyper-arid coastal deserts of western South America.